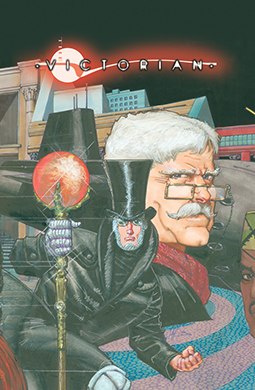 Two men – warriors, philosophers, and geniuses – were propelled onto a collision course over one hundred years ago by a secret society. One good, one evil, both men believed in the potential of humanity and the need for mankind’s perfection. The line between good and evil will be blurred irreparably on Christmas Eve as a century’s worth of murder and strategy come to a head. The Victorian reaches an explosive conclusion in a triple-sized issue with a painted cover by Howard Chaykin. (Feb. 2005) 96 Pages