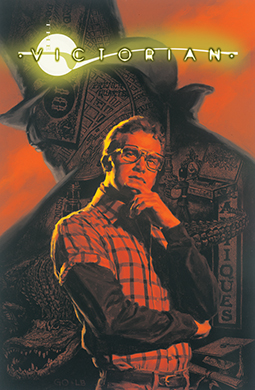 As the Victorian, Laszlo Gerevich relies on himself to achieve and protect his mission at all costs. However, his interaction with Winston FitzRandolph convinces Laszlo that assistance from Detectives Doc Shumpert and Hal Keller can prove more useful than he ever imagined. (July 2004) 32 Pages

“More so than most graphic novels, The Victorian with its vivid pages and its deep, deep story with fully etched characters really deserves the sobriquet.”
– Ray Tate, www.silverbulletcomicbooks.com