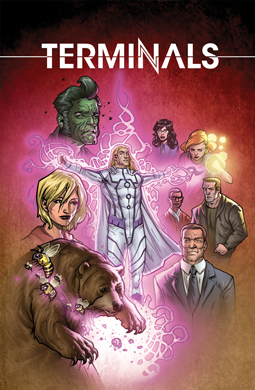 Since the tail-end of World War II, under orders and supervision of the American Defense Agency, a group of scientists have worked to create the world’s first superheroes. Over 50 years later, the program is successful. In an unexpected twist-of-fate, this inaugural team becomes the world’s first super-villains instead.

With the safety of countless people in the hands of the most dangerous people alive, one more team is created to stop them… but not without a contingency plan.